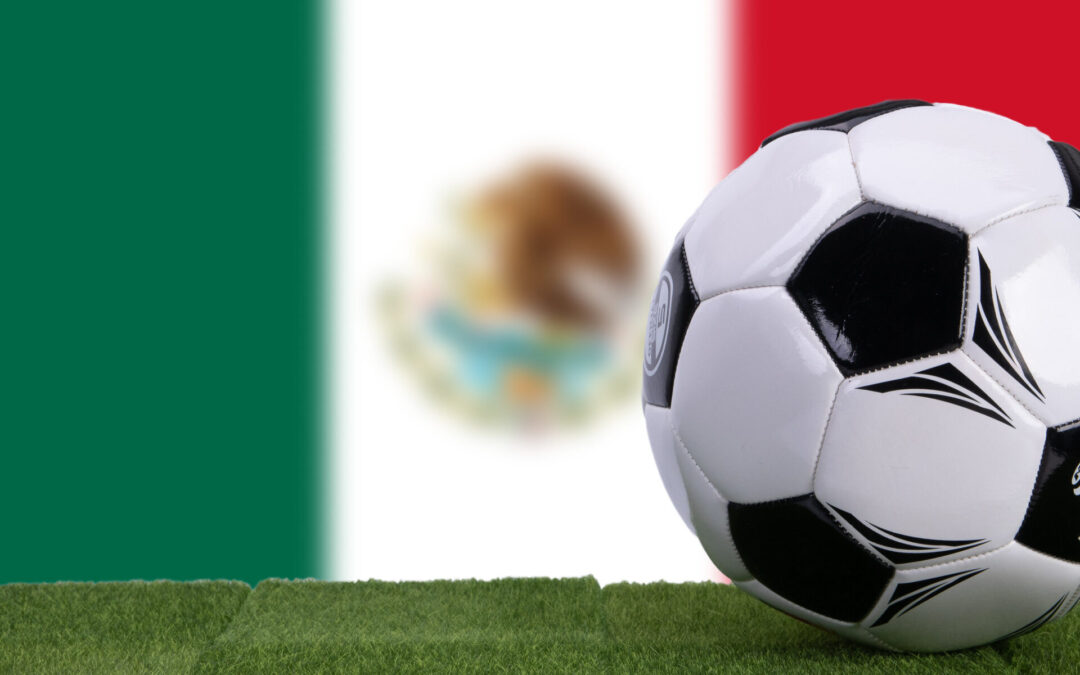 This post contains affiliate links. That means that we may earn a commission (at no extra cost to you) if you make purchases of linked products.

Mexico has a lot of popular sports, but none can compete with soccer/futbol, by far the most popular sport in Mexico and a kind of national obsession. FIFA estimates that more than eight million Mexicans play soccer on more than 17,000 teams!

Other popular international sports in Mexico include boxing, baseball, basketball, golf, and even American football.

Traditional sports play an important part in Mexican culture and identity. Charreria, which is somewhat similar to rodeo, is the official national sport of Mexico. Bullfighting continues to enjoy some popularity, and Mexico City is home to the largest bullring in the world. Ulama, which is based on the ancient Mesoamerican ball game, is less popular but continues to provide an important link to Mexico’s pre-Columbian past.

What sports are played in Mexico?

A wide variety of sports are played in Mexico, from international team sports like soccer/ fútbol, baseball, and basketball, to more unique sports strongly related to Mexican cultural identity like charrería (rodeo) and ulama, the modern descendant of an ancient Mesoamerican ball game that predates the arrival of the Spanish to Mexico.

What is Mexico’s national sport?

Mexico’s national sport is charrería, which is similar in some respects to rodeo. There are nine events, some of which involve stylized horse-riding. Others include roping and bull riding. Charrería has officially been the national sport of Mexico since 1933.

What is the most popular sport in Mexico?

Mexico is mad for soccer, called fútbol in Spanish. Soccer is by far Mexico’s most popular sport, with FIFA estimating that more than eight million Mexicans play the sport as part of approximately 17,000 teams. At the professional level, there are four tiers of clubs at various levels of competition.

What are some traditional sports in Mexico?

Ulama is the modern descendant of an ancient Mesoamerican ball game that had strong ritual and religious aspects, and that may have been used to settle disputes between neighboring civilizations instead of resorting to war. Players use their hips to strike a heavy rubber ball and keep it from going out of bounds.

Charrería, which is somewhat similar to rodeo, consists of a number of events such as horse riding, bull riding, roping, and horse breaking. It developed from the experiences of workers on Mexico’s haciendas.

Bullfighting continues to be practiced in Mexico, with the world’s largest bullring in Mexico City.

Playing a game of ball with the team from a nearby city is a pretty universal human experience these days. And it was for the ancient civilizations in the area that is now Mexico as well. The only difference? Sometimes, at least, the losers were beheaded.

One of the most fascinating and mysterious sights for anyone who has ever visited the mighty ruins of Chichen Itzá is the well-preserved ball court. It’s not nearly as impressive as the massive temples or other buildings, but it raises more interesting questions. In a culture that built only its most important buildings out of stone, why did a ball court qualify? Pretty much all ancient civilizations built their temples and palaces of stone, which is why we’re used to these kinds of buildings surviving through the millennia. But a ball court? 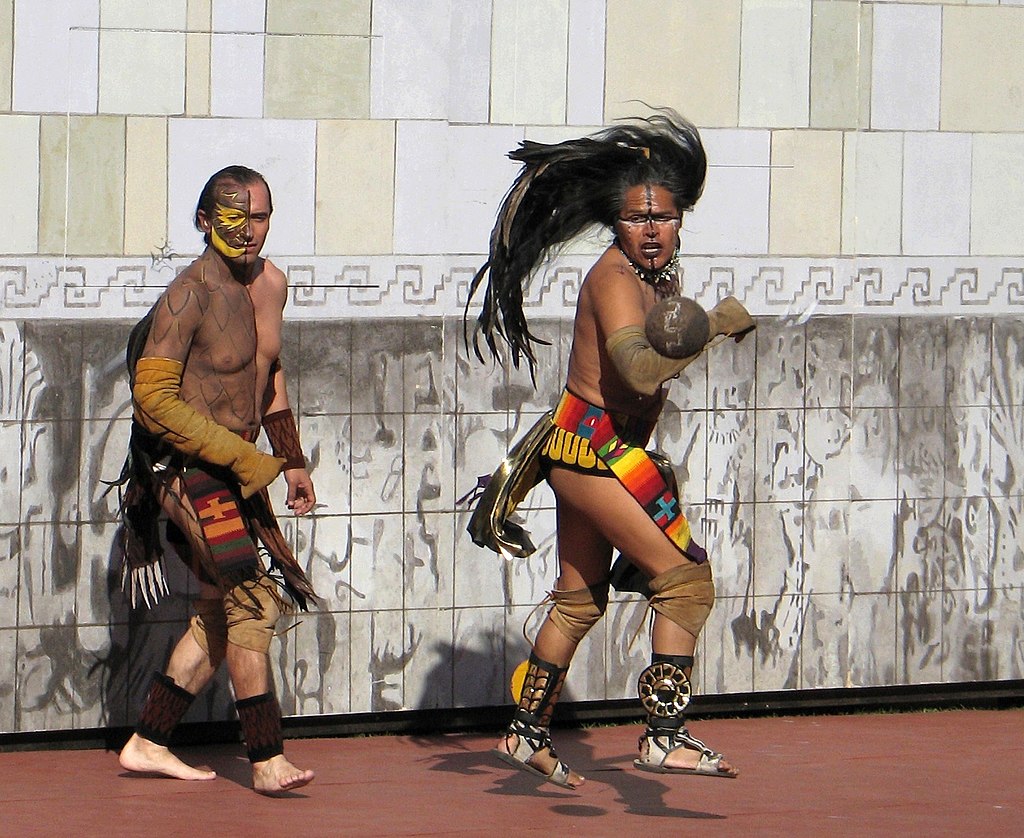 It turns out that the ball court was important because the ball game played there had great political and even religious significance. Scholars believe that the game was used as a way to resolve political conflicts and power struggles between neighboring civilizations or conflicting leaders—in other words, as an alternative to war.

And the game also appears to have an important ritual or religious aspect, with some players being sacrificed to the gods after a game.

Scholars don’t know exactly how the ancient game was played, but they believe that it used a heavy rubber ball that players would strike with their hips to “return” it to the other team and prevent it going out of bounds.

Although it is not among the most popular sports in Mexico, a modern descendant of the game called ulama is still played by indigenous communities in some places in Mexico, particularly in Sinaloa, though scholars consider it endangered.

Charrería, the National Sport of Mexico

When the Spanish brought horses to the New World in the 16th century, the animals quickly became important in the work of the large ranches, or haciendas that were set up to organize economic activity by the colonizers. As the hacienda workers became more and more skillful on horseback, equestrianism became an art and a sport, and charrería was born. 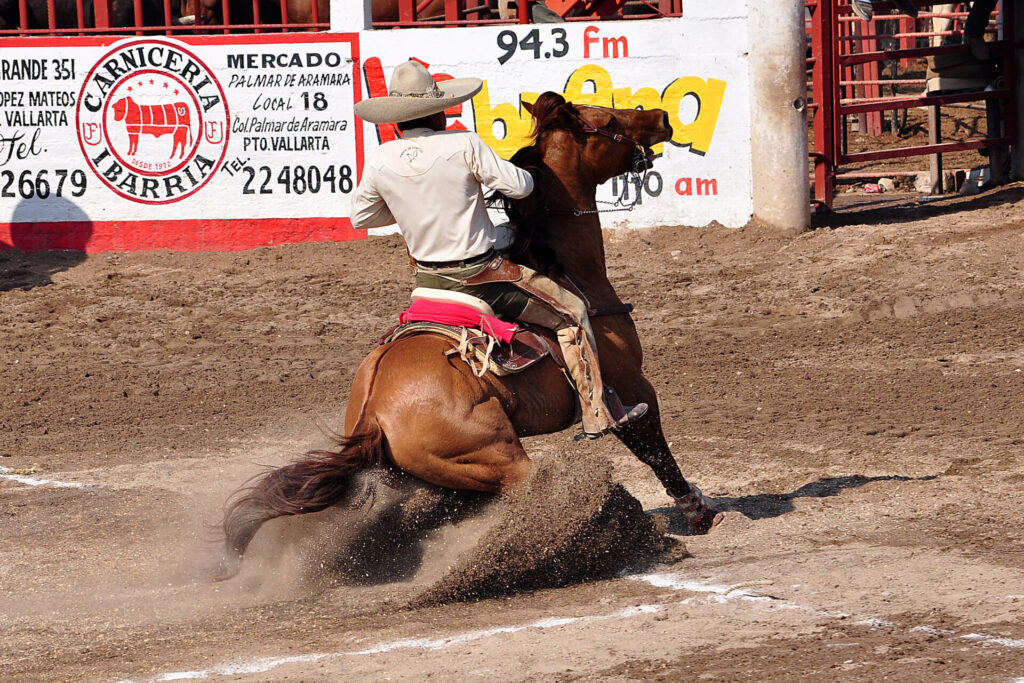 Charrería is derived from the word charro, which referred to horse riders and cowboys in Mexico. As the sport has developed, charrería has come to have a very specific meaning, referring to nine different events. These include formal, stylized horse riding, bull riding, roping, catching bulls by their tails to bring them down, and jumping from one horse to the back of a loose, unbroken horse and riding it.

Charrería was made the official national sport of Mexico by presidential decree in 1933.

Bullfighting continues to enjoy some popularity in Mexico, with the largest bullring in the world located in Mexico City. However, as elsewhere in the world, the support for the sport is waning due to humane concerns. Approximately 70% of Mexicans today believe that bullfighting should be banned, and it has been outlawed in four states.

Most Popular Team Sports in Mexico

As it is in much of the world, soccer is the most popular sport in Mexico, with FIFA estimating that more than eight million Mexicans play futbol at some level. This abundance of players has led to a proliferation of teams, with more than 17,000 at all levels.

Unsurprisingly, Mexico has a very well-developed professional soccer organization, with four leagues for professional men’s teams and two for women’s. Teams are promoted and relegated between these leagues based on their performance over the most recent five-year period. 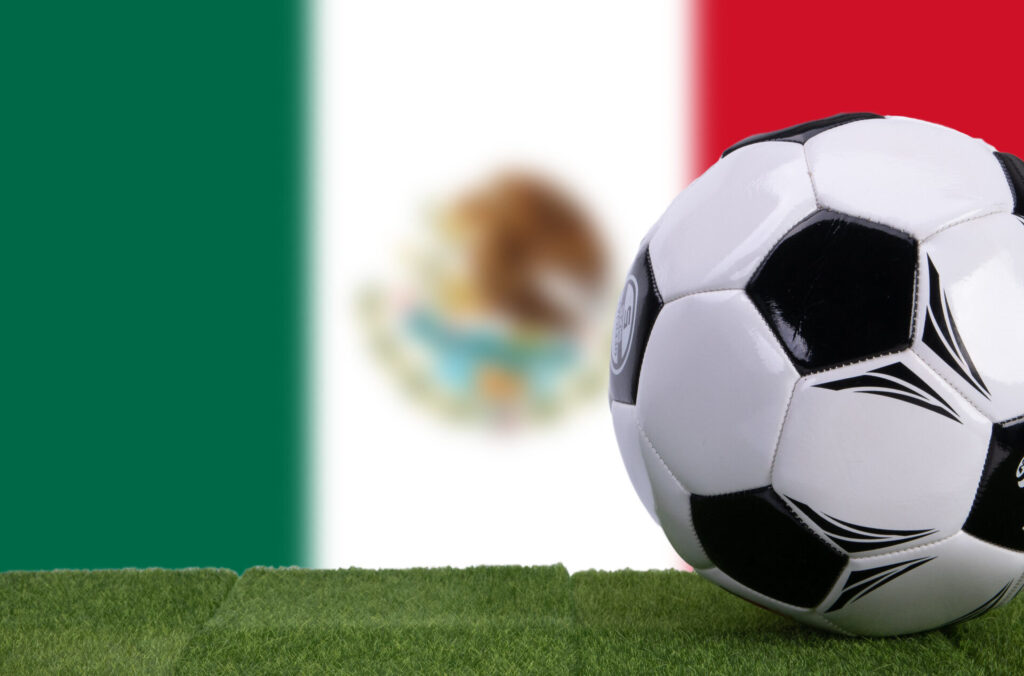 Soccer is believed to have been introduced in Mexico by immigrant English mine workers in the late 1800s or early 1900s. It has been played professionally in Mexico since 1943.

Mexico has hosted the World Cup competition twice, and the Estadio Azteca in Mexico City is one of only two stadiums in the world to have been the site of the men’s World Cup final match twice.

Baseball is also one of the most popular sports in Mexico, particularly in the northern states bordering the US, and more than 100 Mexican players have played for Major League Baseball teams. It is believed that baseball has been played in Mexico since at least the mid-19th Century.

Basketball is also popular in Mexico, and Mexico has its own professional league. The national team has been a powerhouse for decades, taking the bronze medal at the Berlin Olympics in 1936 and more recently defeating Team USA on numerous occasions.

Although nowhere near that of soccer, American football does enjoy some popularity in Mexico, particularly at colleges and universities. Since 2016, there has been a professional American football league in Mexico, which has now grown to eight teams. In addition, the American NFL regularly plays one game per year at Estadio Azteca, and in 2005, Estadio Azteca was in fact host to the NFL game with the highest-ever attendance.

Mexico is the second most dominant country in the world when it comes to boxing, having produced more world champions than any country other than the USA. Understandably, this has made boxing the most popular individual sport in Mexico. Mexico has a strong boxing rivalry with Puerto Rico.

Golf is also widely played in Mexico, with more than 150 courses throughout the country. Lorena Ochoa brought Mexico to prominence in the world of golf when she set the record for the longest period as the top-ranked female golfer in the world between 2007 and 2010.

The wide variety of popular sports in Mexico offers something for every fan. Whether you are fascinated by the mysterious history of ulama, the spectacle and pageant of bullfighting, or simply want to join in the national obsession of soccer, you are sure to find something you love!

No comments to show.